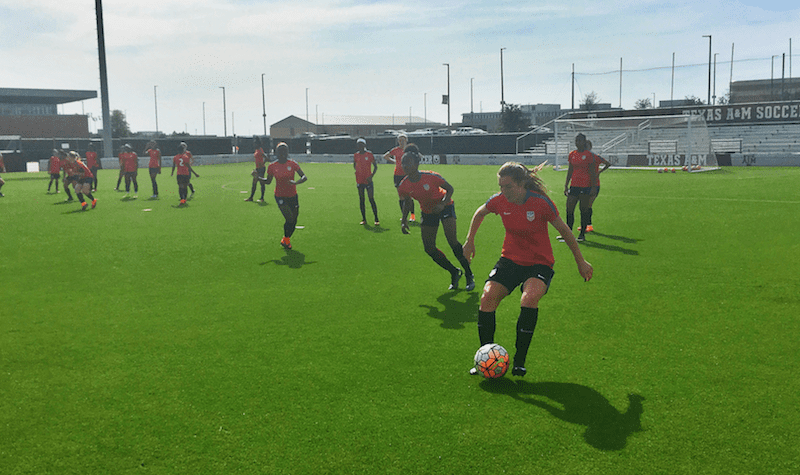 Our very own Ally and Lilly will be joining 22 other players at the US Soccer GNT Training Center in Carson California from July 15th – 22nd. Read on for the full write up from ussoccer.com!

“The Under-15 Girls’ National Teams will come together for a training camp running from July 15-22 at the U.S. Soccer National Training Center in Carson, Calif.

U.S. U-15 GNT head coach Tracey Kevins has named 24 players to the camp, 23 born in 2003 and one in 2004, which is forward Allyson Sentnor. Last November as a 13-year-old playing for the U.S. U-15s, Sentnor scored five goals over two games against Germany, tallying twice in a 3-2 win and then notched a hat trick in a 6-1 victory.

Eighteen players on the roster played in inaugural season of the U.S. Soccer Development Academy this year. This is the third event of the year for the U.S. U-15 GNT.