Sports Illustrated “2019 SportsKid of the Year” 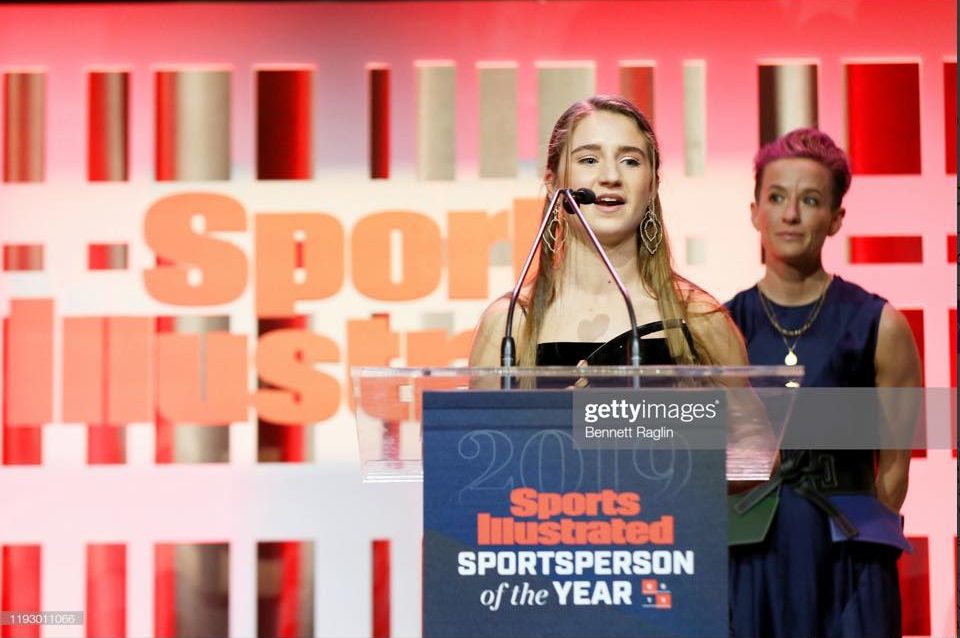 The dynamic 15-year-old from Hanson, MA currently plays with the US National U-17 team and is a member of South Shore Select, New England’s premier female soccer club, located in Hingham, MA. A sophomore at Thayer Academy, Ally has already committed to play for the 22-time National Champion North Carolina Tar Heels in the fall of 2022.

Ally’s soccer career began on the Hanson town fields before officially joining South Shore Select full time at the age of seven. Select is known for developing some of the most talented players and teams in the region, if not the nation, but they are also known for their commitment and focus on the overall holistic development of their players and Sentnor is proof of that.

“We are incredibly proud of Ally for her latest of many well-deserved accomplishments,” says Liz Lima, owner of the South Shore Select Soccer school and the South Shore Sports Center in Hingham. “Ally has the whole package; talent, heart, grit, intelligence and a relentless commitment to be the best version of herself.  More importantly, Ally is one of the most kind and selfless humans you will ever meet and donates countless hours towards community service. She is an incredible role model for so many young girls.”

“Ally’s talent and gift was obvious from the first time she stepped on the field at South Shore Select,” says Lima. “But what makes Ally different is her commitment to the process.  A lot of people are talented but that is only half of what’s required to be a truly extraordinary athlete. Ally is willing to give one hundred percent effort and consistently goes above and beyond. She has earned every bit of her success and she will continue to do great things because of who she is, not what she was born with; a lesson I hope other young girls can learn from her.”

Lima also grew up locally in Rockland, MA before moving on to play soccer for and earn her Bachelor’s Degree at Harvard University. After playing in the WPSL and playing professional futsal overseas in Italy, Lima came home to her roots to help her dad run South Shore Sports Center, which was and continues to be the South Shore’s most well-established athletic club and community center.

“Soccer is more than a sport; it is a way of life for our family and we wanted to share our passion for the game with others,” says Lima. “Soccer, and sports in general, can open up many doors, but that just one of the millions of reasons why you should get on the field. It’s the lessons, relationships, memories and experiences that accompany playing a sport which are truly invaluable. The Sentnor family understood that from the get-go and always had incredible perspective despite their daughter’s immense talent.”

“Ally truly encompasses everything we preach here at South Shore Select,” say Lima. “The entire South Shore Select family is both proud and excited for Ally, and we can’t wait to see what other incredible things she accomplishes as an athlete, a student, and beyond.”

Ally Sentnor is off to England to compete in friendlies with the U18 WNT
February 8, 2019